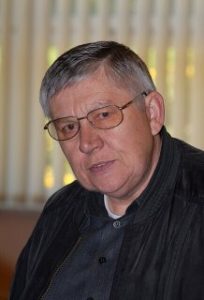 Milan Czapay is born in 1942.
He is a trained mechanical engineer, enthusiastic diver, filmmaker and photographer.
In Slovakia he built the first housings for a 16 mm film camera made of aluminum, Milan Czapay is not only the father of many UW housings, he also used them and with great success. The prove his many distinctions in many different international competitions. He is a highly dedicated UW photographer, who produced medium format pictures until 1990, and was forced to switch to the picture format on the occasion of the photo championship in Sicily. Until then, he was accompanied various Nikonos 2, 3 and 5. Milan Czapay was the founder of the company SEALUX.
In recent years he concentrated also a lot on underwater videography and participated in many festivals worldwide.